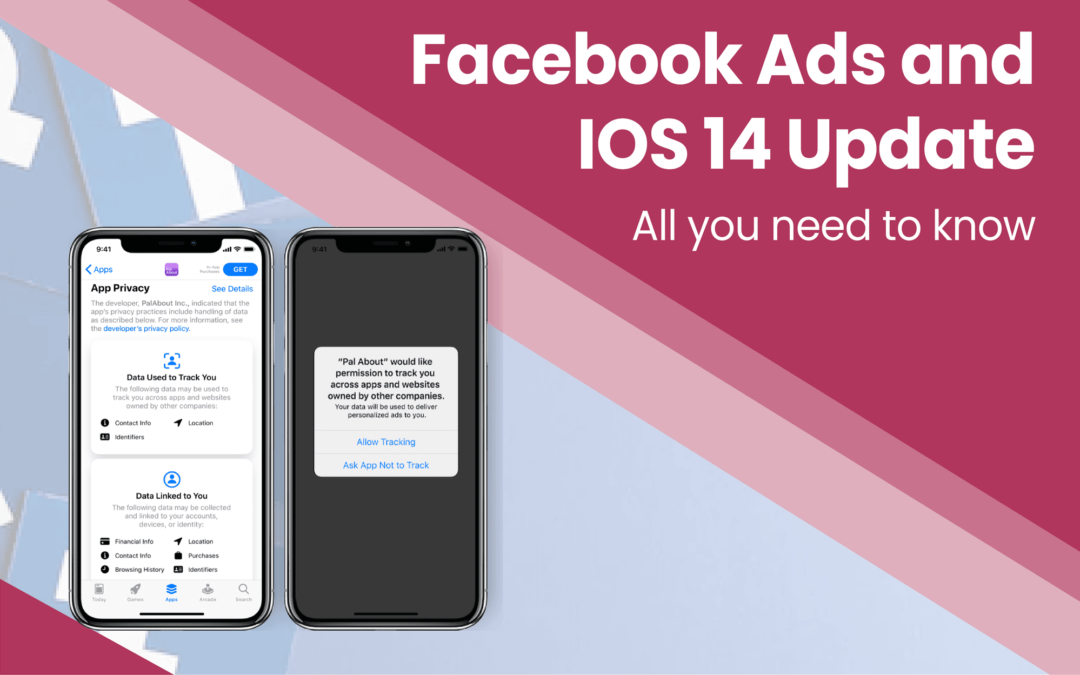 Facebook advertisers have been vocal about the negative impact of iOS 14+ during the past year. Even when it’s never clear what’s led to a drop in performance, iOS 14+ often gets blamed.

Truthfully, the primary culprit may not be the direct impact of iOS 14+ to drops in performance. It may actually be an indirect cause that impacts all advertisers, not just those with a high volume of iOS users.

In this post, we’ll discuss the direct impact of iOS 14+ on performance, the (likely bigger) indirect cause, and what you can do about it.

When iOS 14+ changes went into effect, the primary focus was on Aggregated Event Measurement. This is the protocol that Facebook uses for handling attribution An attribution window is the number of days between when a person viewed or clicked your Facebook ad and subsequently took an action. Click word to read full description related to users who have opted out of the ATT prompt.

That prompt, you’ll recall, gave users the ability to prevent an app from tracking them across apps and websites. Facebook and advertisers wouldn’t lose all data at that point, but access would certainly suffer.

When a user opts out of tracking and clicks on an ad that goes to your website, Facebook will then receive very limited information. Only that user’s highest-ranking event (as determined by the advertiser, among eight eligible events) will be sent for attribution, and it will be delayed for up to 72 hours.

The direct result to reporting is simple: Not all conversion events will be received. They’ll be incomplete. They’ll be delayed. And because of this, performance may be underreported.

Facebook does attempt to fill in the gaps with modeling. But it’s not entirely clear how much data Facebook is actually losing here. And this impact, of course, is more pronounced for advertisers targeting users more likely to be on an iOS device.

Facebook isn’t exactly forthcoming on what is lost here, and it’s entirely possible they don’t truly know. But, it’s reasonable to think that attribution for your highest-ranking event (typically a purchase) should see little, if any, impact. In theory, Facebook should still receive those. It’s the lower-ranked (and unranked) events that should be subject to underreporting.

I contend that the biggest change coming from iOS 14+ had nothing to do with iOS devices at all. In fact, your audience could be entirely on a different device and you may have seen a drop in performance.

In other words, advertisers previously saw conversion results in Ads Manager for users who clicked an ad and converted 8-28 days later. After the change, these conversions would never appear.

If your focus is on free opt-ins or sales of cheap products, this may not have impacted you. But, consider products that take more thought prior to commitment after that initial click. Consider memberships and more expensive products that may require discussion or approval before payment.

I strongly believe that this is the biggest impact of these changes. The performance of your ads may not have changed at all. Instead, Facebook is simply unable to provide attribution to conversions because those conversions fall outside of the 7-day click window.